Do you have questions about ruble?

Log in to ask questions about ruble publicly or anonymously.

The Exchange Weekend Trend Update: Is the US dollar Index the best way to put on a currency trade?

The DXY or US dollar Index is often brought up as a way to play currency fluctuations, particularly as a "safety trade". In this video, I take a look at how the DXY did in the Corona Panic of Q1, 2020 and how it's done since as compared to some other individual USD pairs available in futures form. As a trend follower, I track all the major USD crosses and don't follow the DXY. I see a benefit in the diversification, and as my video shows. There are extra returns to be had both in risk off, and risk on market regimes looking at individual pairs vs DXY. @Weston Nakamura this seems right up your alley and I'd like to know what you think is the best way to play currencies in risk on/off situations.

Liked by Weston Nakamura and 10 others 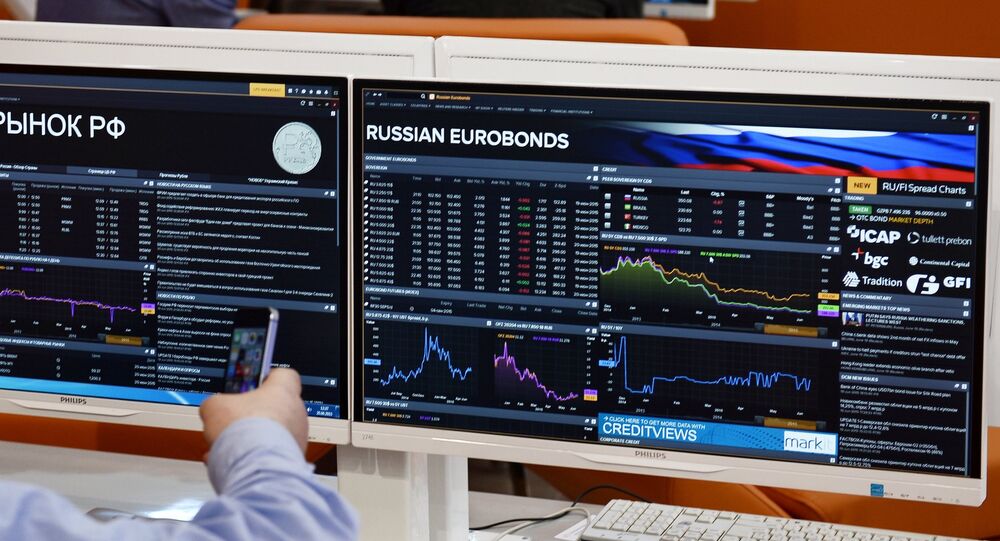 It's been an exceptionally slow news cycle today, so it will be a very shortened version of Geopolitics Today. I'm hoping to have more material for you tomorrow and might publish an afternoon edition today if more news crosses my feeds.

The Russians Return to Global Debt Markets: Forecast on Track

Today the Russian government tapped global debt markets for the first time this year by opening order books on two sovereign euro-denominated Eurobonds to secure additional funding. Moscow has said that the reason it's seeking international funding is the fall in traditional revenue sources such as oil, gas, nickel, and other commodities, with plans to increase its public debt to nearly 19% of GDP this year.

Bids for Russian Eurobond offer exceeded 2.7 billion euros ($3.2 billion), with the bulk of the interest coming from Russian investors likely coming from the large private and state-owned enterprises who already operate with and hold massive reserves of Euros.

The two bond offering are as follows:

On the political end, the reason why the Kremlin is offering bonds now and not next years is the fear that a President-elect Biden will implement new sanctions on Russian state banks, limiting its access to foreign markets for its bond offerings. Additionally, while most Russian debt offerings have been taken up from domestic institutions in recent history, it's a reminder to global debt markets that Russia still exists... (More)

Liked by Jeremiah S and 3 others

Everyone focused on TRY for good reason - but the Russian Ruble is threatening the worst monthly close ever too...

Liked by Raoul Pal and 3 others

I open a debate regarding the russian Ruble (RUB).
I am astonished to the see the RUB trading -17% against the USD year to date. Does anyone have some opinion or analysis to prove ?

Balance sheet of Russia is probably one the healthiest in the emerging space: a positive current account % of GDP at the same kind of level of the EUR or SEK, a low debt % of GDP under 20% and FX reserve up +25% YtD because of the gold increase (Russia own USD 130bio in gold which is 10% of their dollar denominated debt if i am correct). Brent is trading around $40/b, cheap but totally viable for russian producers. The CBOR is doing a very good job managing real rates over 0 without any huge moves on the inflation.

By the way russian equities are very very cheap in relative terms: Fwd PE around 8 and a risk premium (Earning Yield vs Bond Yield) of 9% (same story with Dividend Yield)

But still, the RUB displays the same carry as the MXN ! And the YtD performance is comparable to the TRY !

I am long but i am asking myself if I do not miss something...maybe the market is more (too ?) focus on the geopolitical side ?

(will try to post some charts from the office next week)

I wait for your answers guys !

Liked by Quinn Gallagher and 3 others