Do you have questions for Jack Farley?

Log in to ask Jack Farley questions publicly or anonymously. 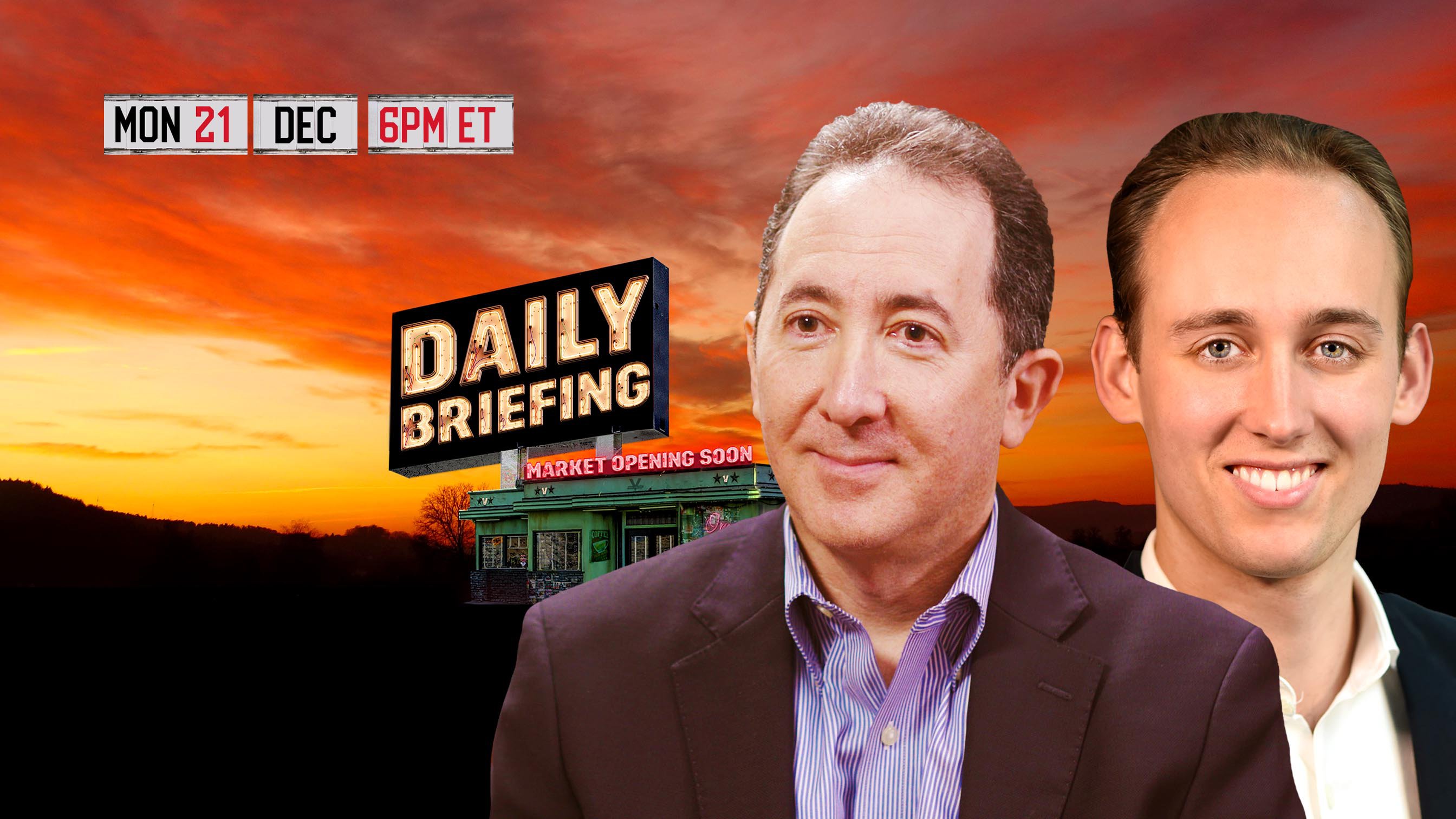 Liked by Paul Harte and 4 others

Jack FarleyVisionary: Journalist
Editor/Journalist
Posted last month
Hi all, here is my pick for the video of the week (fyi it's on the Pro tier): 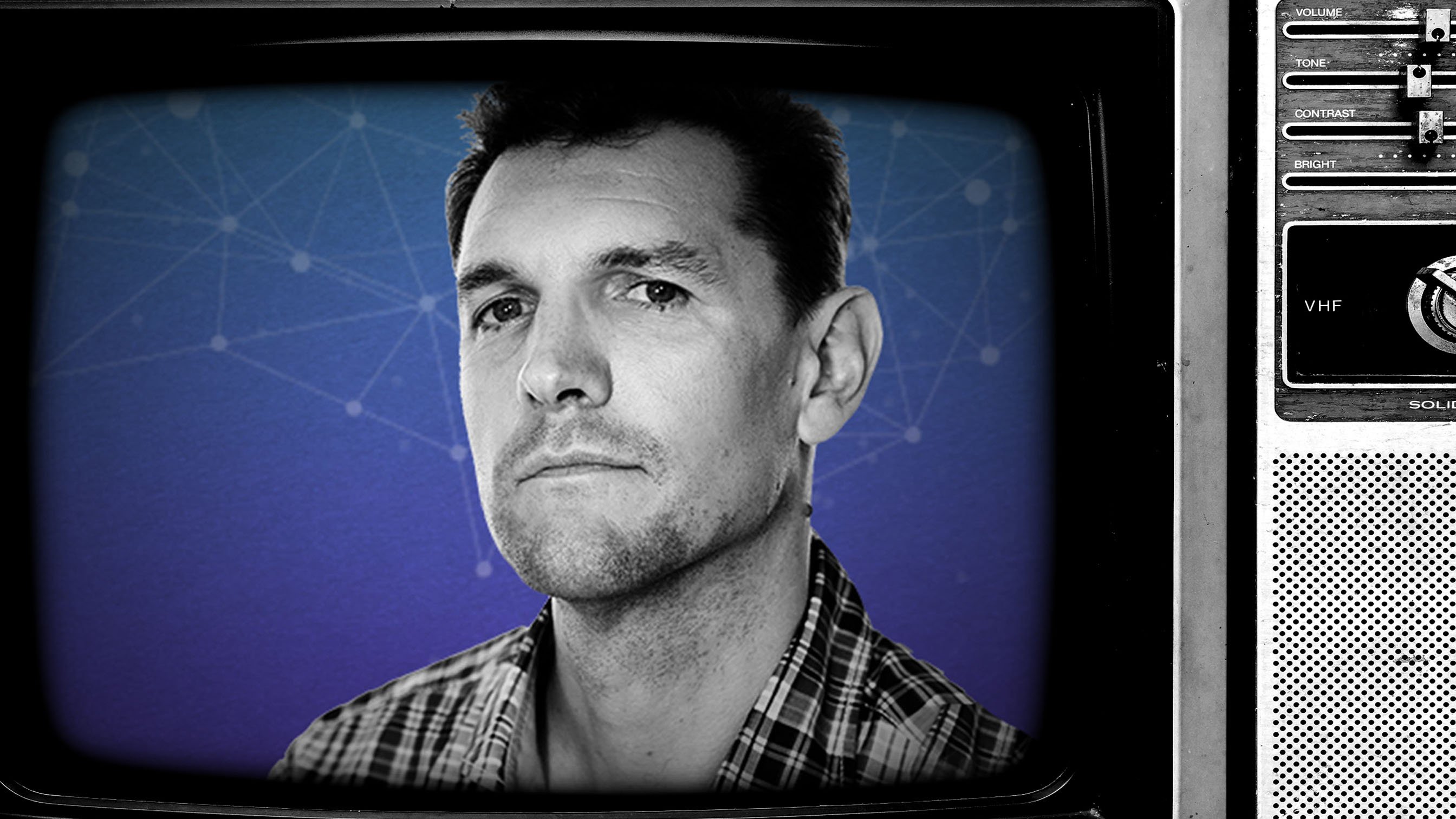 In the latest installment of “Inside the Episode”, Real Vision managing editor Roger Hirst breaks down the most central points of discussion from December’s episode of Insider Talks, including refl...

Opportunity in the Land of the Rising Sun | Real Vision 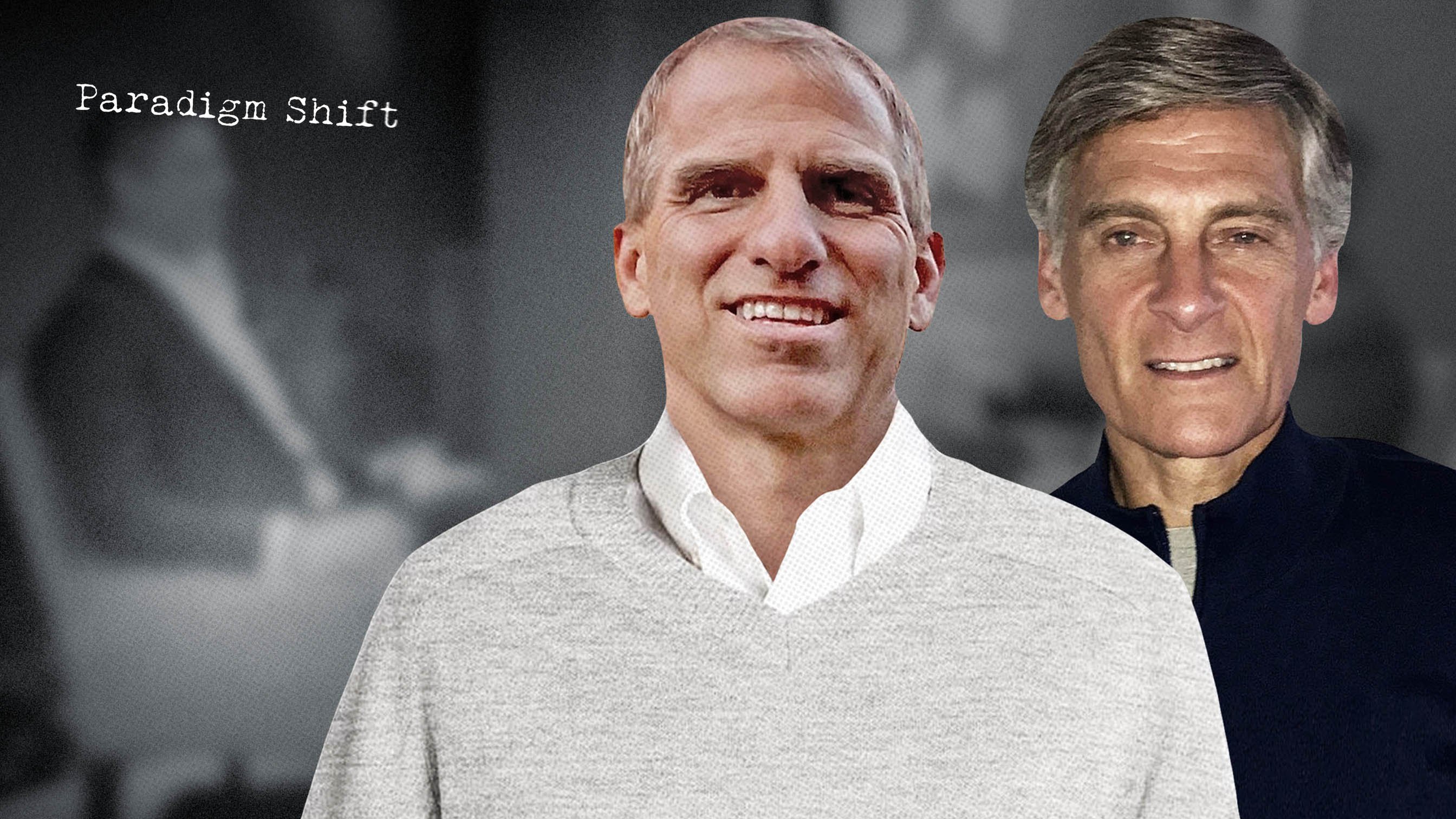 Jaymes Rosenthal shares his secrets in our inaugural afterhours conversation.

I had a lot of fun chatting with Jaymes - let me know if you'd like to see us do this again!
6 comments

Liked by John Fadool and 10 others

A few charts from my interview with currency trader John Floyd (yes, same John Floyd who nailed TRY imploding earlier this year. He is actually bullish on the Turkish Lira now).

Here is the link to RV Live we did today (heads-up: it's on Real Vision Plus) 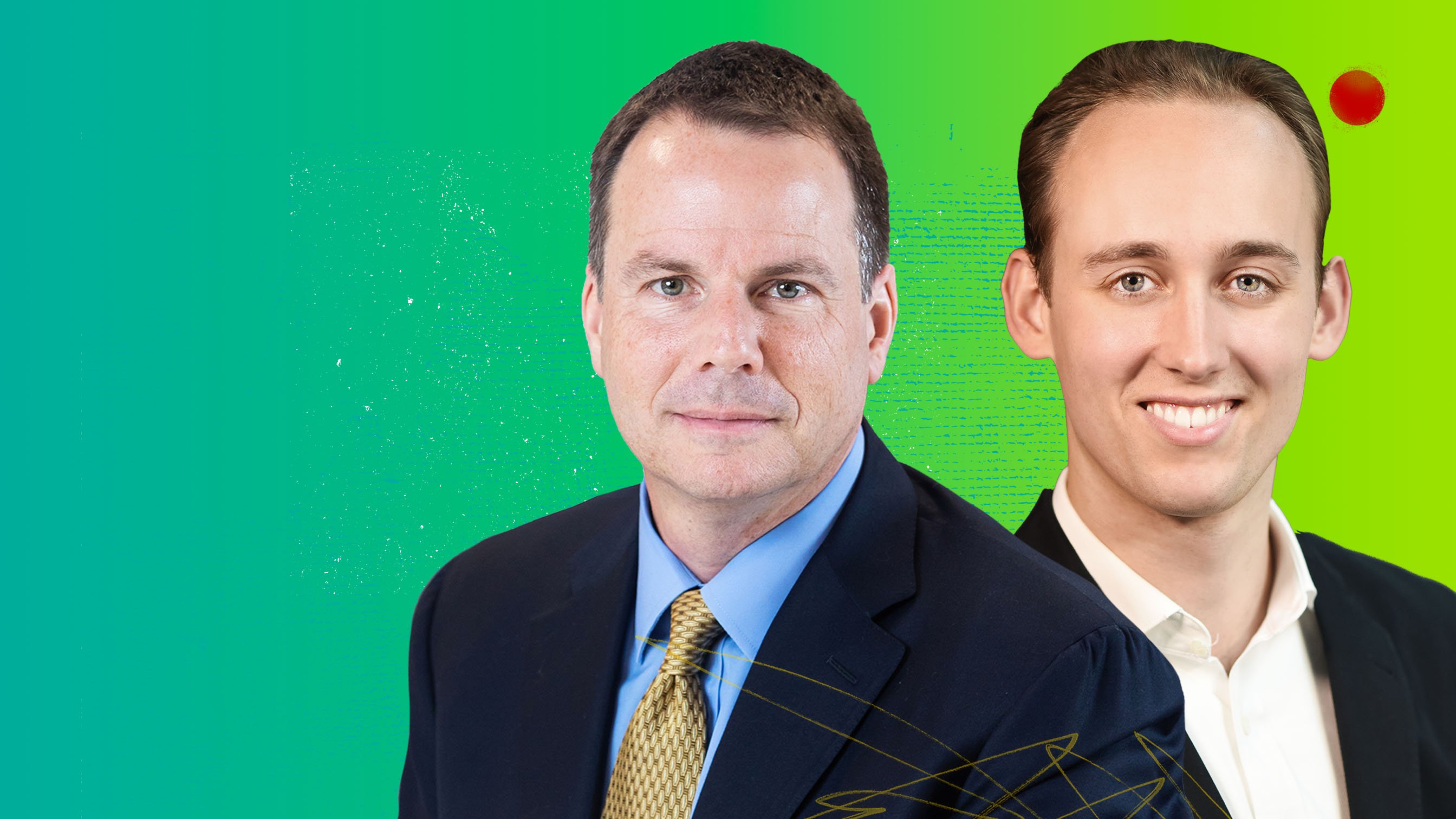 John Floyd, head of macro strategies at Record Currency Management, joins Real Vision’s Jack Farley to discuss how reflation will affect currencies, where rates are headed, as well as ever-increasi...

Liked by Jaymes Rosenthal and 5 others

Hi all, today I interviewed James Litinsky, the CEO of MP Materials, the only rare earths mine in the western hemisphere.

I was very happy with how the piece went, as James told me stuff that he hasn't told any other media outlet (he has been doing a lot of 3-5 minute interviews since MP went public, and gave me 75 minutes of his full unfiltered opinions).

However, I am noticing some comments saying I was too soft on James. Do you agree with Patrick S? Was I too soft on James? Should I have asked him more hardball questions? What do you think went well, if anything? What else could I do to be better? Would *love* your feedback

As I wrote to Patrick, I am new to interviewing so am always looking for constructive feedback so I can get better and bring more insights to the Real Vision community from our guests.

Here is what Patrick S wrote:

Jack,
I want to preface my remarks by saying, that I do like Real Vision, and that I am a very pleased shareholder of MP. I am up over 75% to date and I do believe that the company can continue to do well. I watched this interview to learn something more about the management of the company.
HOwever, .....this was an interview that I hope you NEVER repeat. It was worse than anything I could watch on CNBC. This was a love in. There were no tough questions, not even an attempt to critically review what was being said. Often, you tried to outdo the CEO on his promotion of the company. Some question that could have sobered the conversation may have been, what impact does rare earth mining have on the environment in California? What are you doing to mitigate this? If China is expecting to get fully electric by 2030 and there are not enough rare earth supplies, do you think this is an achievable goal? WHere can you see the company having problems?/......etc.
I don't want to be negative on the fact that you and James were enthusiastic on the company, but you may as well have brought out the the "kittens".
Sorry to be critical. This is not the first RV interview that has been all show and no substance, but i do hope that it is one that you can learn from. After all, life is all about learning. Cheers

Here was my response:

Hi Patrick, thank you for sharing your feedback, I always welcome constructive criticism (I really do). And judging by the like ratio of your comment, others feel the same way. Which means a lot to me.

I think I could've asked James a few more hardball questions. Such as "When can you see your company having problems?" and "is China's lead insurmountable?"

That being said, one of the things I've noted that most successful interviews on Real Vision have is that they rely on a certain amount of goodwill between the guests. For example, Kiril Sokoloff's wonderful conversation with Stan Druckenmiller, which many consider the flagship example of Real Vision at its best (to be clear - *not* comparing me to Kiril or James to Druck. Merely comparing the "vibe" or "spirit" of the interview).

So to me your criticism is less poignant for the style (since the style has worked in countless interviews beforehand) and more a criticism of the type of guest we have on - CEOs rather than investors, who are the normal type of RV guests. CEOs i.e. people who have perhaps *too* much in the game, who can never exit their position, etc. For example, you get the CEO of Ford on, they are going to say that the future of cars is electric vehicles and that it's in Detroit, 10 times out of 10 (h/t Wiethe).

I do think James is *literally* the perfect person to bridge that gap. He ran a billion dollar hedge fund successfully for many years, and he stumbled upon an asset that he perceived was simply too good so he became the CEO of it. And if you listen, he speaks like an investor, not a CEO. Sure, he is incentivized for the company to do well, but so is anyone who owns the stock or any other stock. A lot of people talk their book. I might add - we have had a lot of precious metals CEOs on Real Vision. And in some cases the interview is even more charitable to them than I was to James.

I gave James the chance to tell his story. Yes, I extended him some courtesy. But I think I got a lot in return for my goodwill. He went in detail on SPACs, ESG, and electric vehicles in a way he hasn't in any other interview. He's done a lot of 3-minute hits on CNBC and the like but no one has gotten him to go in-depth on these key issues. So I am proud of the interview for that.

At the end of the day, Patrick, I do hear your point. I welcome the feedback of all Real Vision members but the fact that you are a shareholder in MP makes me reconsider how I conducted that interview. I should have pushed back more, and I am sure James would have had very thought-provoking answers that would have made the conversation even more fruitful.

I too cringe when I'm watching CNBC and a host says "I was just talking to [CEO of some company trading at 50x Price-to-sales] and they are an absolute genius." So I am very sensitive to your point. Thanks for sharing your perspective, and if you (or anyone else) wants to give me more feedback please do so, I welcome it. Either comment here or DM me on the Exchange. 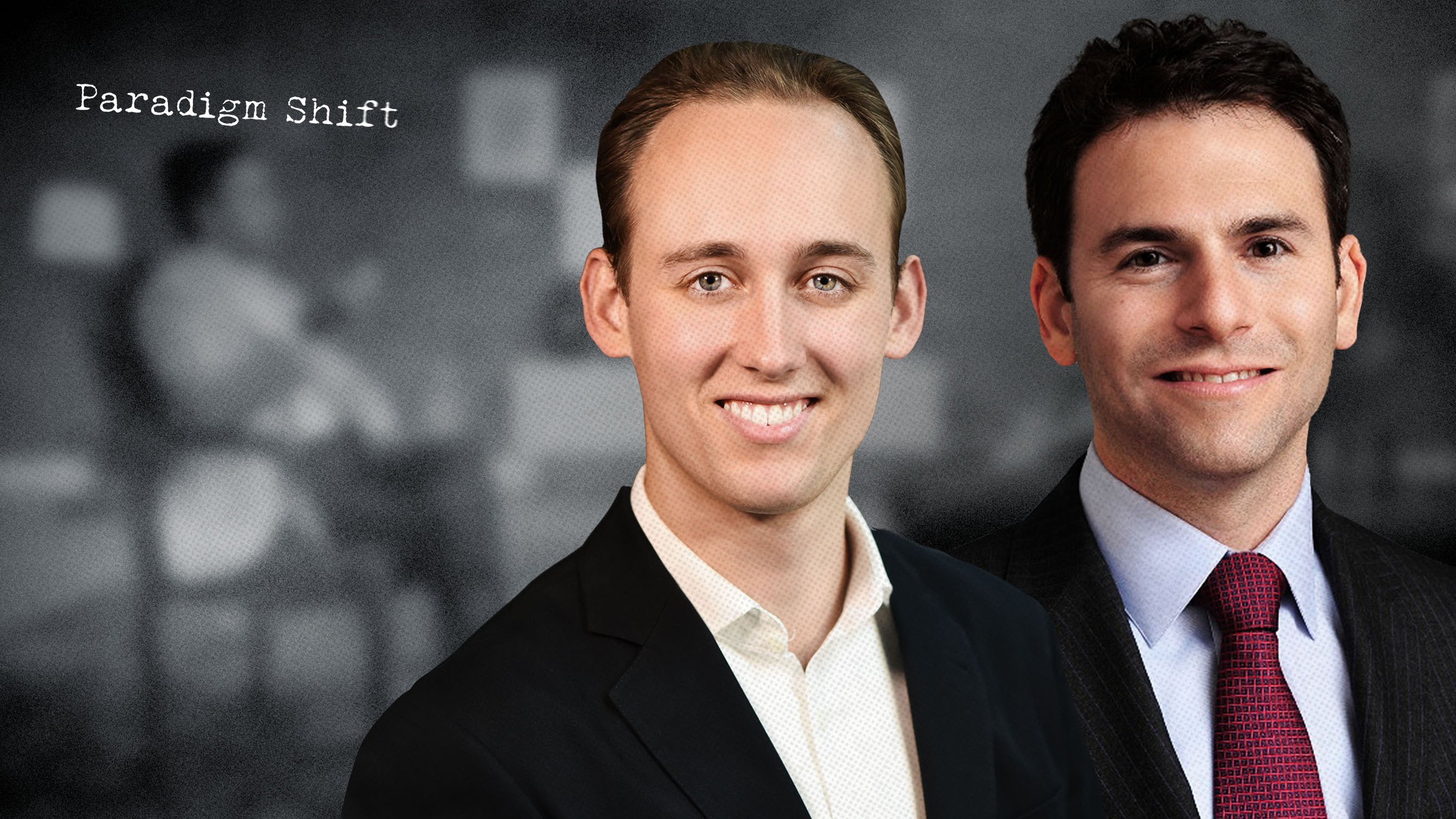 James Litinsky, founder and CEO of MP Materials ($MP), is joined by Real Vision editor Jack Farley to discuss his mission to restore to North America the rare earth supply chain, which for decades ...

Liked by John Fadool and 4 others

Jack FarleyVisionary: Journalist
Editor/Journalist
Posted 2 months ago
Hi all, here is my bonds video of the week.

It was an honor to interview Teddy, and I was so positive feedback I got from the Real Vision community. 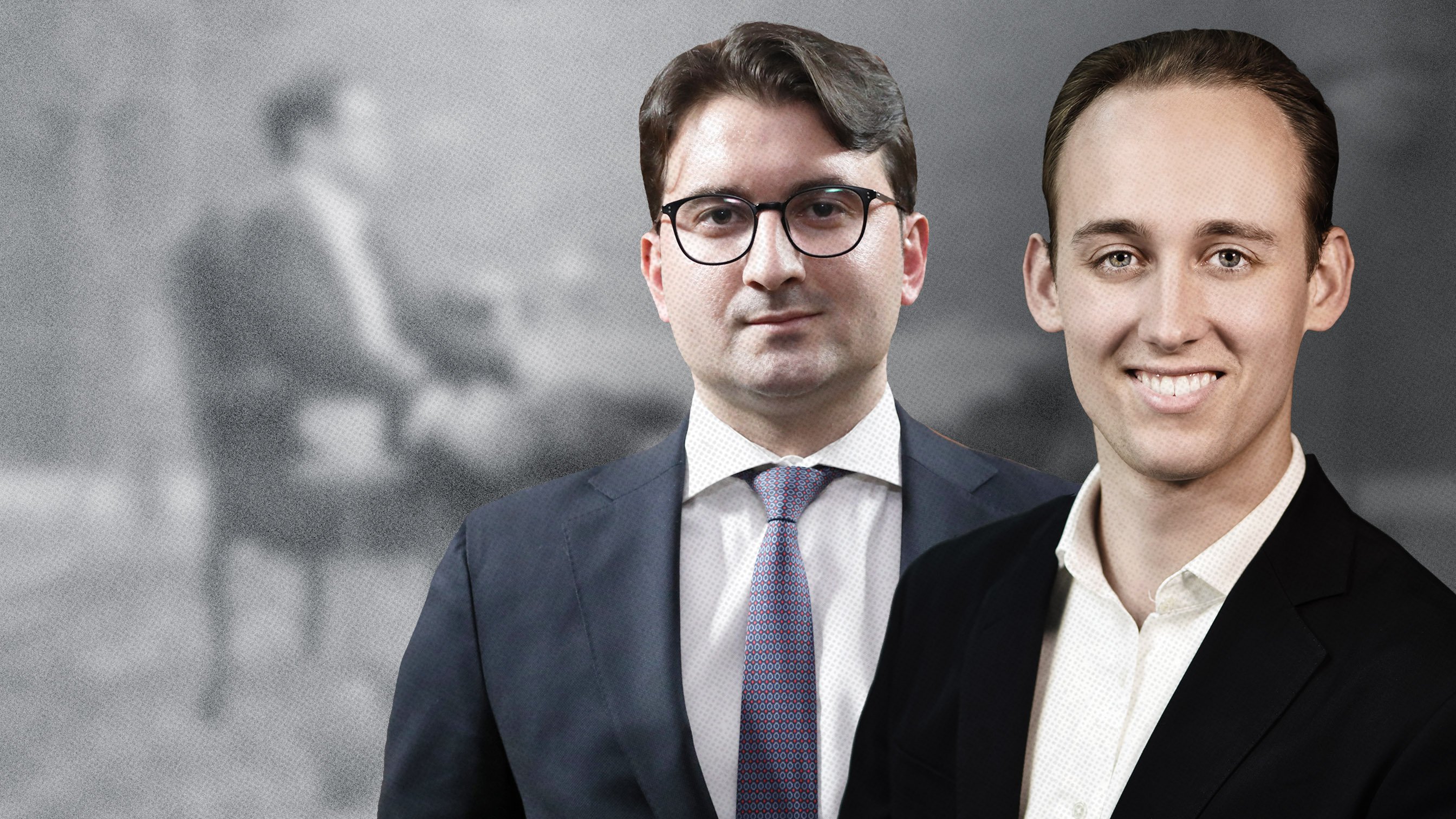 Teddy Vallee, founder and CIO of Pervalle Global, joins Real Vision's Jack Farley to share his strategic outlook for assets such as the U.S. dollar, technology and energy stocks, gold, and bitcoin....

Liked by Ernesto Rachitoff and 2 others

Liked by Jeremiah S and 1 other

Jack FarleyVisionary: Journalist
Editor/Journalist
Posted 2 months ago
Time for me to go back to school...

Nick Correa and I do another breakdown of my interview with Teddy Vallee. We talk real rates, breakevens, and their effect on asset classes such as tech, gold miners, and bitcoin

Liked by Nick Correa and 3 others

Hi all, here are all the charts from my interview with macro hedge fund manager Teddy Vallee:

Liked by Jaymes Rosenthal and 13 others